Apple asked to show ads in Maps; iPhone 14 sales may start from September 16

Apple is preparing to release the new iPhone sooner than usual, which will lead to an increase in sales during the current quarter. Bloomberg’s Mark Gurman revealed last week that the firm intends to present the iPhone 14 at a gathering on September 7.

The new device will go on sale on September 16, about a week earlier than last year’s schedule, making it the first early iPhone since 2016. The launch date is a catch. Now that Apple began launching iPhones in the fall of 2011, there was only one this early: the iPhone 7 (2016).

The strategy suggests that Apple may have a launch event at Apple Park similar to WWDC in June. As has been the case throughout the outbreak, the presentation will take place online, but Apple may also show it live on campus. In that case, the press will get their hands on the latest devices, similar to what they experienced with the redesigned MacBook Air in June, Gurman says.

First, Apple will get an extra week of iPhone 14 sales in its fourth fiscal, which continues till September. Gurman says the timetable shows that Apple’s iPhone supply chain is working well, even though there aren’t enough chips and costs are rising.

Apple seems to want more space for the October event. Just before the pandemic, Apple launched a new iPhone, Apple Watch, iPad or Mac in September and October. According to the article, Apple is almost certain to unveil new Macs as well as iPads in the coming months, right after the iPhones.

Additionally, Mark Gurman of Bloomberg reported that starting next year, Apple plans to start displaying search ads in its Maps application for the iPhone. 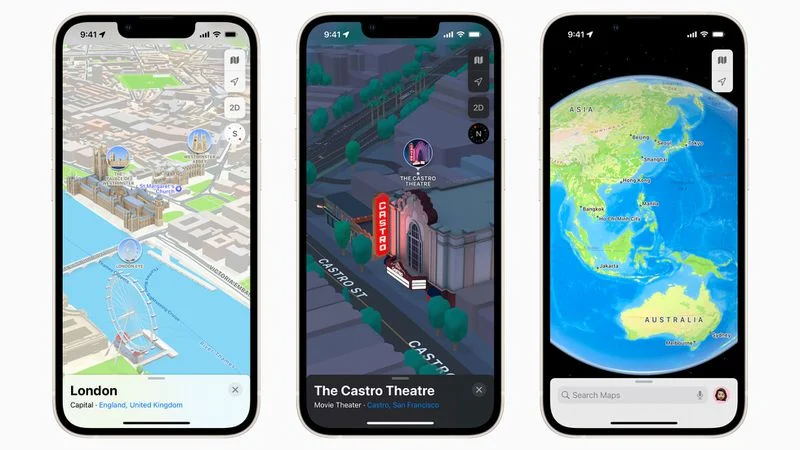 Apple already has search ads in the App Store, so developers can promote their apps to the people who are looking for them. Apple is planning to put ads in the “Today” tab of the App Store and a new “You might also like” column at the bottom of app listings. Banner ads appear in Apple’s News and Stocks applications.

Gurman said that paid search results will replace banner ads in Apple Maps, and the firm plans to expand its ad network. In his newsletter, he said that Apple’s advertising division generates $4 billion each year and Todd Teresi intends to increase this to $10 billion per year.

In the subscriber-only edition of his “Power On” newsletter today, Mark Gurman wrote,

I believe the engineering work is already underway to launch search ads in the Apple Maps app, and we should start to see it implemented sometime next year.